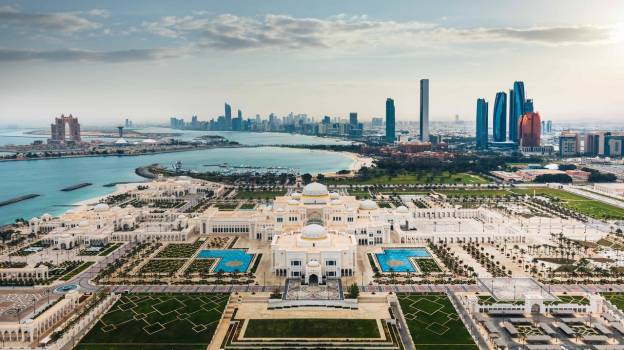 The country’s leading region for modern-day infrastructure and urban development’s welcomes brand new projects that aim to change the outlook of the city.

Located in Yas Bay twofour54, Yas Creative Hub is set to evolve a growing community in the media and entertainment sector. With 90% of the project being completed during March 2021, we can expect to see its final stages as well as it’s launch towards the year end. Not only is this beneficial for newer ideas and inspiring many creators in the industry, this project is also said to cause a potential spike within the employment rate.

Yas Creative Hub oversees a beautiful water-front view, with a walkable layout and design for flexibility, communication and access to the many tech-enabled workspaces within. The Hub aims to house over 16,000 professionals by 2031.

The Arena is a landmark for artists and many creators within the entertainment industry. As the largest multi-purpose venue, featuring sustainable technology within its infrastructure, the project aims to host the country’s key sporting events, music concerts, and industrial events. The Arena has a capacity of 18,000 people and will operated by Flash Entertainment. Alongside the other developments in Yas Island, this 1.1 Billion Dollar project, once finished, is also said to be the new home for the UFC.

Since its grand opening in 2009, Yas Island has been home to some of the country’s most enticing projects and infrastructure. Along with Formula One, theme parks, restaurant outlets and many more. The project is now a completed 545-key hub for leisure and entertainment. With efficient water, energy and waste-management systems in place, the Hilton group have introduced this new addition as the first of three developments in Downtown Abu Dhabi.

Reem Mall’s newest addition is a 125,000 sq. ft snow park following a fantasy and forest themed destination suitable for tourists and residents. Snow Abu Dhabi, is a project that was designed to be the ‘world’s largest snow park’. Located in the Reem Mall, this new project is undoubtedly an exciting new spot contrasting the middle-eastern temperatures. The indoor snow park consists of an ice labyrinth, a crystal carousel along with 13 different rides.

The country’s capital has manifested some of the industry’s highly admired developments including The Louvre Abu Dhabi. This new development is Saadiyat Island’s prideful new addition. It unique design and infrastructure is what sets it apart, from the awe-worthy skyline. Guggenheim aims to feature modern and contemporary art from the Twentieth and Twenty-First century. The space is 13,000 square metres connected by intricate glass structures. This exciting new project is due for its’ completion before 2023, with no specified date.

The country capital on top of its on-going developments on the Warner Bros. theme-park, have intitiated a new development for the first ever Warner Bros. Hotel. This 250 key building will follow the ‘BugsBunny’ theme over eight levels. The project is worth over 100 million dollars showcasing the light-hearted themes of Warner Bros. creations, located skillfully in central Yas Island. The creators pay tribute to the legacy that Warner Bros. carry within the film and entertainment industry.