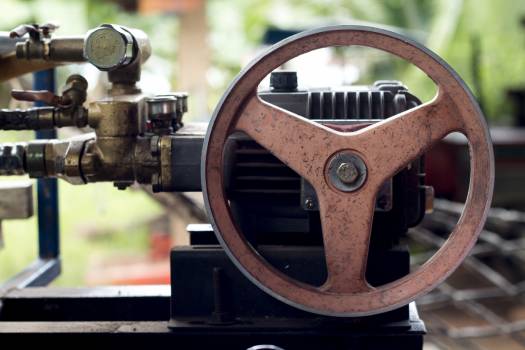 A Walk Down Memory Lane: Then vs Now

Timeline of the Heavy Machinery Industry.

Modern-day revelations and developments within the construction industry can all be credited to the Industrial Revolution of the 1800s. Looking back at the invention of the wheel and fast-forwarding to the inventions of Benjamin Holt which included some astounding agricultural equipment including the first-ever harvester, heavy-duty machinery and equipment have come a long way. The history of heavy machinery can be traced back to even simpler times, where our predecessors had implemented the use of simple levers, pulleys, and trolleys. Today, global developments are taking place with the emergence of simplified, portable, and smart equipment. For anyone that’s still getting accustomed to the industry, knowing the roots of relevant equipment and the industry is a great way to start. Every professional chooses to make an informed decision and implement the smartest tools to kick-start their project. This is unequivocal to stakeholders in the market including manufacturers.

The early 1800s and the late 1900s was the start of the journey, as many notable manufacturers such as Iron Works of Galion, Caterpillar, Euclid had stepped forward to form newer adaptations of the agricultural equipment to form construction friendly equipment such as the Bulldozer, haul trucks, steam-powered heavy-duty machine, preceded by more advanced Hydraulic systems. Although this era, took a significant hit with the Great Depression, the market continued to rise above, post-world-war two to accommodate the growing commercial and residential developments all over the world. Moreover, the late 1900s was also a time for great ventures within the mining industry which laid a foundation for the world’s largest shovel along with a 360-ton haul truck.

Before the major hit that the industry took due to the Great Recession in 2008, the construction industry forecasted a promising growth rate for specialized equipment multiplying from its successes from the boomer generation. More and more companies were taking the reins on the best ways to gain a competitive edge. Some of the decade’s greatest breakthroughs lie in adaptations of agricultural equipment that turned into more promising conventions. Caterpillar, Demag, Volvo, and Komatsu were some of the strongest manufacturers of the time, as helped uncover many milestones within the industry. Manufacturers realized the impact of having efficient equipment to aid in construction, especially earth-moving equipment, cranes, and pile drivers. This era as a result also witnessed the establishment of many monumental structures such as the Golden Gate Bridge and The Interstate Highway Project.

Although we often overlook the past, it is these advancements that have foreseen the capable technological inventions of today’s world. The 21st century continues to move at a faster rate than ever. But what can we expect? Productivity and competence increase ten-fold. With many already integrating IoT systems and digital/smart monitoring systems, we can expect to see many more conceptions of the kind. Leading manufacturers such as SANY, Liebherr, XCMG, Caterpillar, and many more have announced projects to kick-start electro-mobility within the equipment, autonomous machinery, and state-of-the-art customer solutions. Furthermore, safety and health standards have also taken the importance of high account as compared to our previous generations. With the development of government regulations and laws within the industry, the heavy machinery industry aims to see an ideal decrease in the rate of non-fatal injuries. Lastly, it is only all the more beneficial that as things get more digital so do transactions.